Home > Blog > Other > What is Asthma? How Asthma Attack Happen 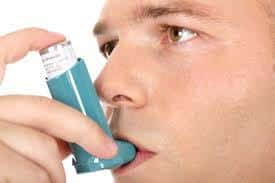 What is Asthma? Asthma is a disease that greatly affects human airways. Air is very important to humans. Any deficiency of air intake or flow will have severe, adverse effects on an individual and can lead to death quickly.

Oxygen enters the body through the lungs. Asthmatic patients have decreased lung function. Around the world, many people suffer from this condition.

Asthma swells or inflames the inner walls of the lungs where oxygen is absorbed. Those who have allergies and asthma are especially sensitive to tiny particles that get sucked into the lungs with each breath.

The swollen lungs shrink their capacity so that the amount of air that can flow through the lungs becomes greatly reduced. A narrowing of the airways may trigger symptoms like coughing, wheezing, tightness in chest, or difficulties breathing. These symptoms usually manifest themselves early in the morning or at night.

As it stands today, asthma is treatable–but not curable. The only thing anyone suffering from asthma can do is to stave off what triggers it and utilize control measures. Although asthma can have a negative effect on the patient’s life, most people with asthma go on to lead normal, happy lives.

How Do Asthma Attacks Happen?

When the symptoms of asthma suddenly become much worse, the victim is likely experiencing an asthma episode or asthma attack. The attacks can be moderate or severe. Why do asthma attacks cause such an intense reaction?

Usually, when an asthma attack starts, the muscles close to the lungs tighten, narrowing the lungs accordingly. An asthma attack can also cause the swelling of the inner walls. This further narrows the airway, making it difficult for air to pass through the lungs freely. To make matters worse, a significant amount of mucus is also produced in the lungs, further blocking air flow.

Asthma attacks can easily block the airways. Airways that are blocked usually prevent oxygen from entering the lungs. In turn, oxygen is unable to enter the bloodstream and reach organs. These kinds of attacks are often fatal and usually require immediate hospitalization.

Asthmatic attacks can be mild, moderate, or severe. As it progresses, the body will be unable to take oxygen in or release carbon dioxide out.

If is not expelled immediately, the poisonous carbon dioxide can circulate in the victim’s lungs, making the attack even more severe. The carbon dioxide is powerful and able to prevent oxygen from passing into the patient’s bloodstream. Know how to Use A Humidifier Correctly to relieve allergy problems.

Seek the Help of Doctors

If you’re among those experiencing asthma, you must see a doctor immediately. They will run tests and be able to tell you what sorts of things can trigger your asthma. They can also offer suggestions for ways to prevent attacks. They may also prescribe drugs to help control symptoms.

After gaining some unpleasant experience, you’ll slowly learn which sorts of things irritate your asthma symptoms and which medicines work best for you.

Effectively managing your asthma can help you live a normal life. Always follow your doctor’s instructions. 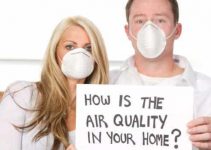 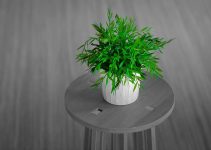 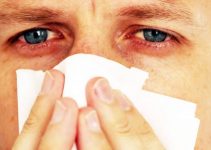