Home > Blog > Other > What Causes Asthma?

Asthma is a common breathing problem that affects many people. About 300 million people all over the world are affected by asthma. Among those affected, the USA has the highest number of sufferers, totaling about 22 million people. People of all ages can experience asthma symptoms, and the problem usually starts in childhood. As of now, there are approximately 6-7 million children in the United States suffering from asthma symptoms. Asthma causes about 255,000 deaths each year. 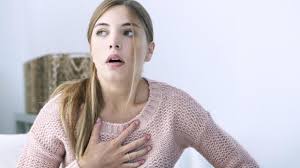 Asthma is a chronic disease for most children, especially those born with low birth weight or those who are frequently exposed to asthma-causing agents. The symptoms of asthma appear before the age of 5. Asthma symptoms usually start with consistent wheezing alongside respiratory infections. Allergies and hereditary conditions can complicate asthma symptoms.

Boys have a higher risk of getting asthma. The trend is reversed as they approach adulthood. According to researchers, the size of boys’ airways is usually smaller than that of girls, which may be to blame. Because of the males’ smaller airways, viruses that affect respiratory systems can worsen asthma symptoms.

Here Are What May Cause Asthma

Any of the following may be responsible for asthma attacks:

Almost all asthma patients suffer from allergies. More than 25 percent of patients that have rhinitis allergies eventually develop asthma. Also, antibodies present in the blood can cause allergic reactions that can further lead to the swelling of the airways. This is one of the main causes of asthma. Allergens can come from both indoors and outdoors. Animal proteins, pet dander, dust mites, cockroaches, fungi, and others are common indoor allergens. The drive to become more eco-friendly by insulating homes can have the unfortunate effect of sealing allergens in the house.

Smoking cigarettes is not only linked to asthma but also increases the death rate after causing wheezing and respiratory infections. To make matters worse, children whose parents smoke, adolescents who start smoking, and those who are frequently exposed to second-hand smoke all have an increased probability of asthma risks.

Indoor air pollution is a major cause of health problems. For instance, molds, toxic gases, and chemicals brought about by indoor air pollutants frequently lead to allergic responses and symptoms of asthma. People who use a gas stove in their kitchen are exposed to higher risks of symptoms related to asthma, including hay fever, wheezing, breathing difficulties, and asthma attacks.

It has been discovered that sulfur oxide, nitrogen oxide, air pollution, and cold temperatures can activate asthma problems among some people. When air pollution is severe, symptoms of asthma can be exacerbated. That is why sometimes there is a high number of hospital admissions during certain periods of higher pollution. The harmful pollutants like smog can cause coughing, chest pain, and shortness of breath. Smoggy conditions are also capable of releasing sulfur-dioxide into the atmosphere which can compress human airways and lead to asthma attacks.

Changes in weather is another environmental factor that may cause asthma. Cold weather can cause constriction of the airways, secretions, congestion, and drop mucociliary clearance. Humidity also plays a role in the health of certain populations.

Stress is another considerable factor that can cause asthma because stress can increase asthma-associated activities, such as smoking. Some research has shown that high-stress levels can modify the immune system.

Some research suggests that babies born by Caesarean section increase their risk of developing asthma by 20 percent over those born by vaginal birth. Babies may be exposed to increased levels of bacteria during a Caesarean section. However, the birth canal can also contribute to asthma risk.

Pregnant women who smoke can have babies who suffer from lower pulmonary function after birth. This can pose an increased risk of asthma incidence. Some research suggests that premature birth can increase the risk of asthma development. Always talk to your doctor before making a decision.

One of the major causes of asthma is atopy. Atopy is a condition that causes hypersensitive responses, such as atopic dermatitis (eczema), hay fever, and allergic conjunctivitis.

Research findings claim that 40 to 50 percent of children suffering from atopic dermatitis have an increased risk of developing asthma. Those patients are more likely to have persistent, severe asthma symptoms. 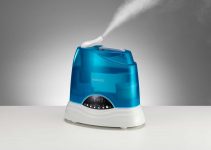 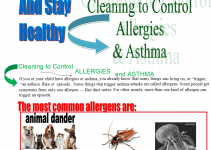